it's been ages,
and i've lost that part of me in this world of pseudo-realness.

when i was in school,
i blogged a lot 'bout my life n maybe sometimes how i interpret things too.
writing was a habit.
when u went to school n got all inspired after the classes,
u needed to write.
u felt THRILLED to write.
u wanted to share with the world about wut u learned n discovered.
there was something exciting about writing.
there was something more about the dailies.
there was more to look forward to and more to live for.

but then,
when u started working, life became mundane n ordinary.
u gave all ur energy n originality to the company.

by the end of the day, u'd just want to STOP USING UR BRAIN, even 4 just one sec.

all of a sudden, u just werent that interested in the "who,wut, when, where, why & how" of ur own life anymore.

also, w all the family drama n this moving-back-to-tw thing,
i've started to keep things to myself n stopped sharing,
at least mentally.

everything 'bout how i felt or wut i did, i deliberately left them in the safebox in my head, w a key that only i had the access to.

so,
the older i get, the more "closed" i've become.


i lost that carrie-bradshaw kind of touch.

i could still write,
just didnt want to share.
i felt like my life is irrelevant to others.
nobody needs to know.
and it shouldnt be something that can be shared w the rest of the world.

everything deep about me,
has been burried deep down.

wut i wrote became sth informative, something that ppl might consider superficial.

the real me,
isnt only about fashion.

the real me,
isnt sth i appear to be.

when the timing is rite. 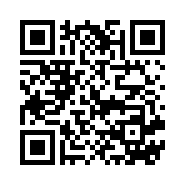 we r all connected!